The detailed conference venue information will be available about on August 31, 2022. 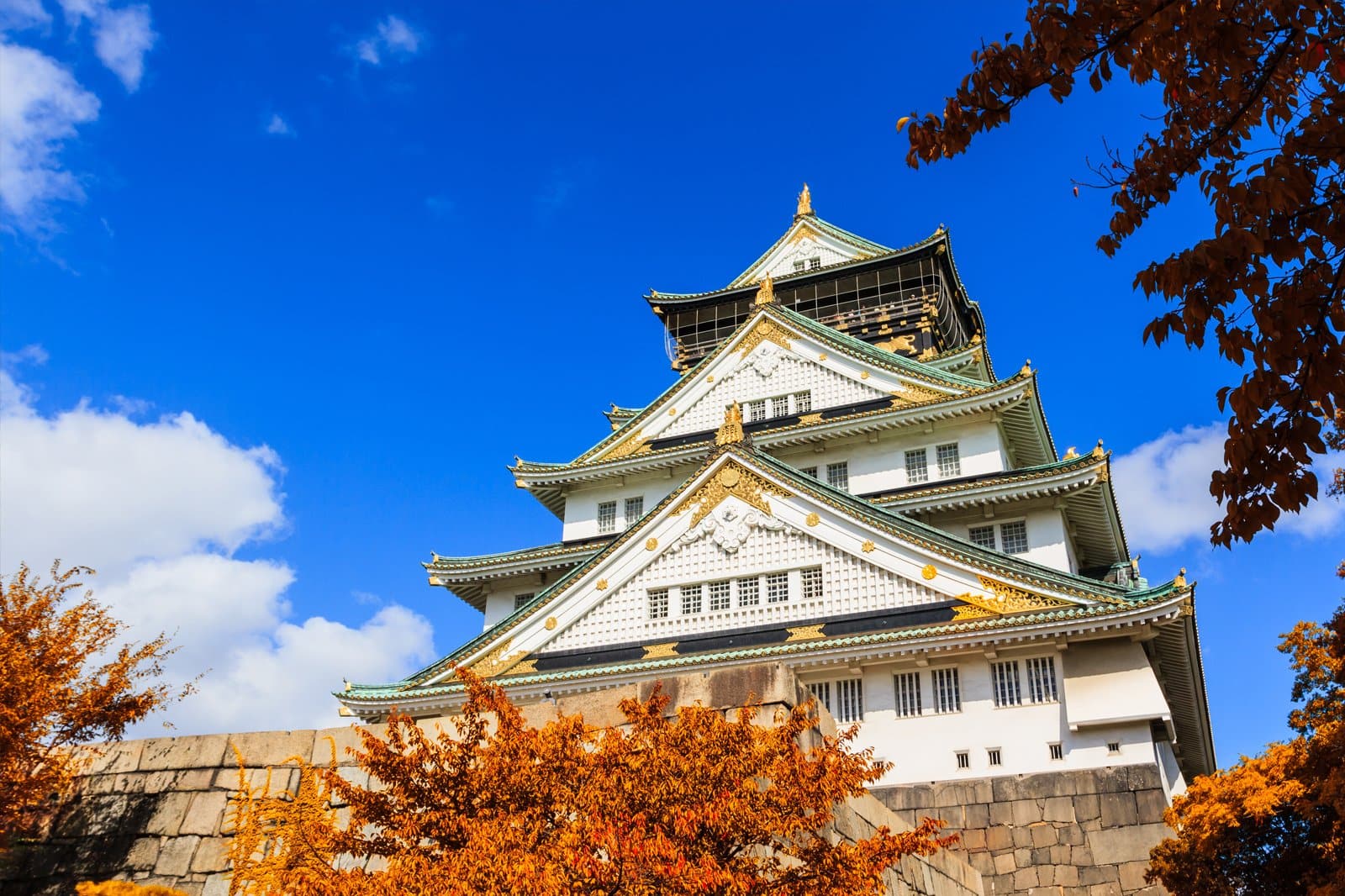 Osaka Castle, like many old Japanese castles and temples, has been damaged and rebuilt several times throughout its history, and is actually one of the finest castles left in Japan nowadays. Osaka Castle was founded in 1583, but was rebuilt in 1931. Its top floor offers splendid views of the city.

Every spring, travellers from near and far visit the castle grounds to admire the beautiful cherry blossoms as well as the vividly coloured leaves in autumn. The castle’s museum, located inside the main building, has a massive collection of about 10,000 historical items such as swords, armour, portraits, lacquerware, multi-coloured woodblock prints and folding screens.
2 Dotonburi is a famous landmark in the most well-known commercial district in Osaka. It features countless shops, restaurants and entertainment centres.

Dotonburi is a famous landmark in the most well-known commercial district in Osaka. It features countless shops, restaurants and entertainment centres.

Many tourists come here at night, mainly for the food, and to grab a few photos in front of the popular ‘Glico Man’ (Glico is one of the biggest Japanese snack companies), a large neon advertising sign in Dotonbori, as well as other flashing adverting signboards. You can reach Dotonburi by taking the subway to Namba station. It’s just a few minutes’ walk from the station. 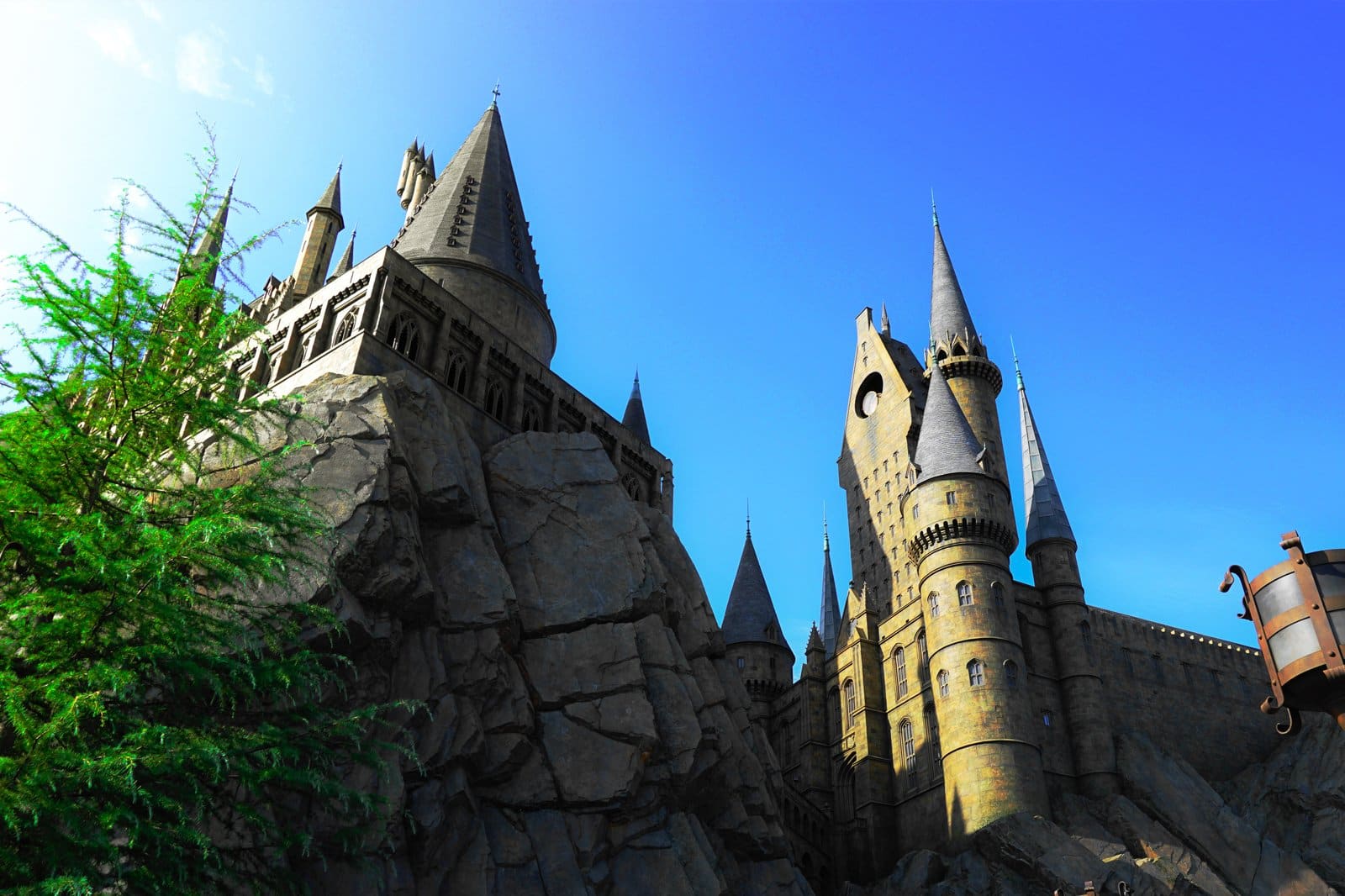 Universal Studios Japan is a fun place for families, especially for the little ones. Meet famous characters like Snoopy, Shrek, and Popeye, and enjoy many exciting rides based on famous movies. Popular rides include Jurassic Park, Jaws and Spiderman.

You will never go hungry while at this theme park. Food selections range from Japanese to western and light meals as well as desserts and ice creams. Expect to queue for about 20 minutes per attraction, longer for the more popular rides/attractions. Try to plan your visit on a weekday to have more of the park to yourself.
4 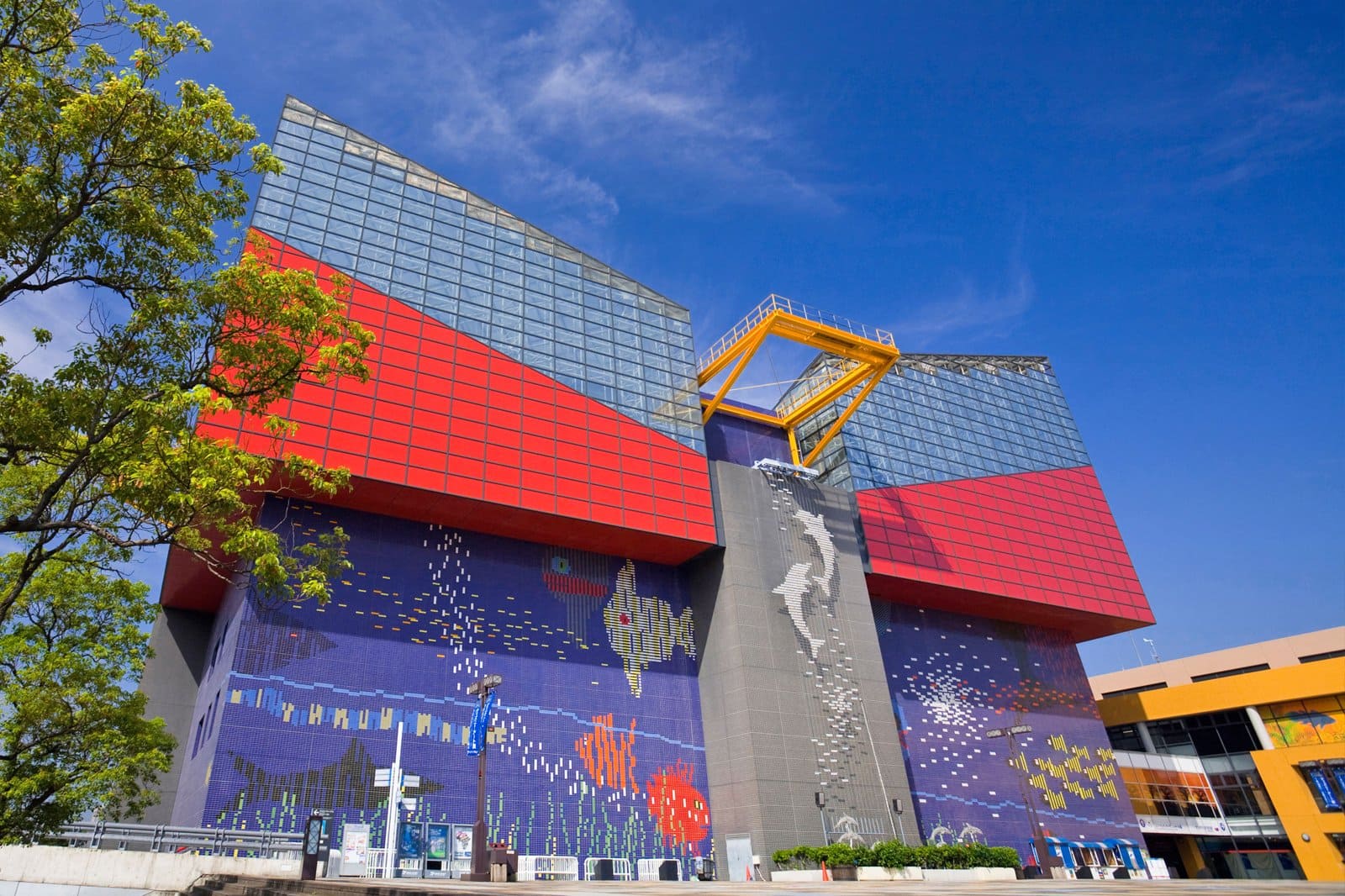 Osaka Aquarium Kaiyukan is one of the largest aquariums in the world. It features all kind of interesting marine creatures, ranging from whale sharks to sea lions and penguins, jellyfish, sea otters, turtles, manta rays, Japanese giant spider crabs, harbour seals and a tropical reef exhibit. The aquarium tank is made from acrylic glass sheets, giving visitors the impression that they are also underwater, along with the creatures exhibited. English-speaking audio guides are available for rent. It’s best to avoid visiting on public holidays and weekends as the aquarium can be very crowded.

Kaiyukan Osaka Aquarium is located in Tempozan Harbor Village and is surrounded by many leisure activities including a giant Ferris wheel and the Market Place, where you'll find plenty of shops and restaurants.
5 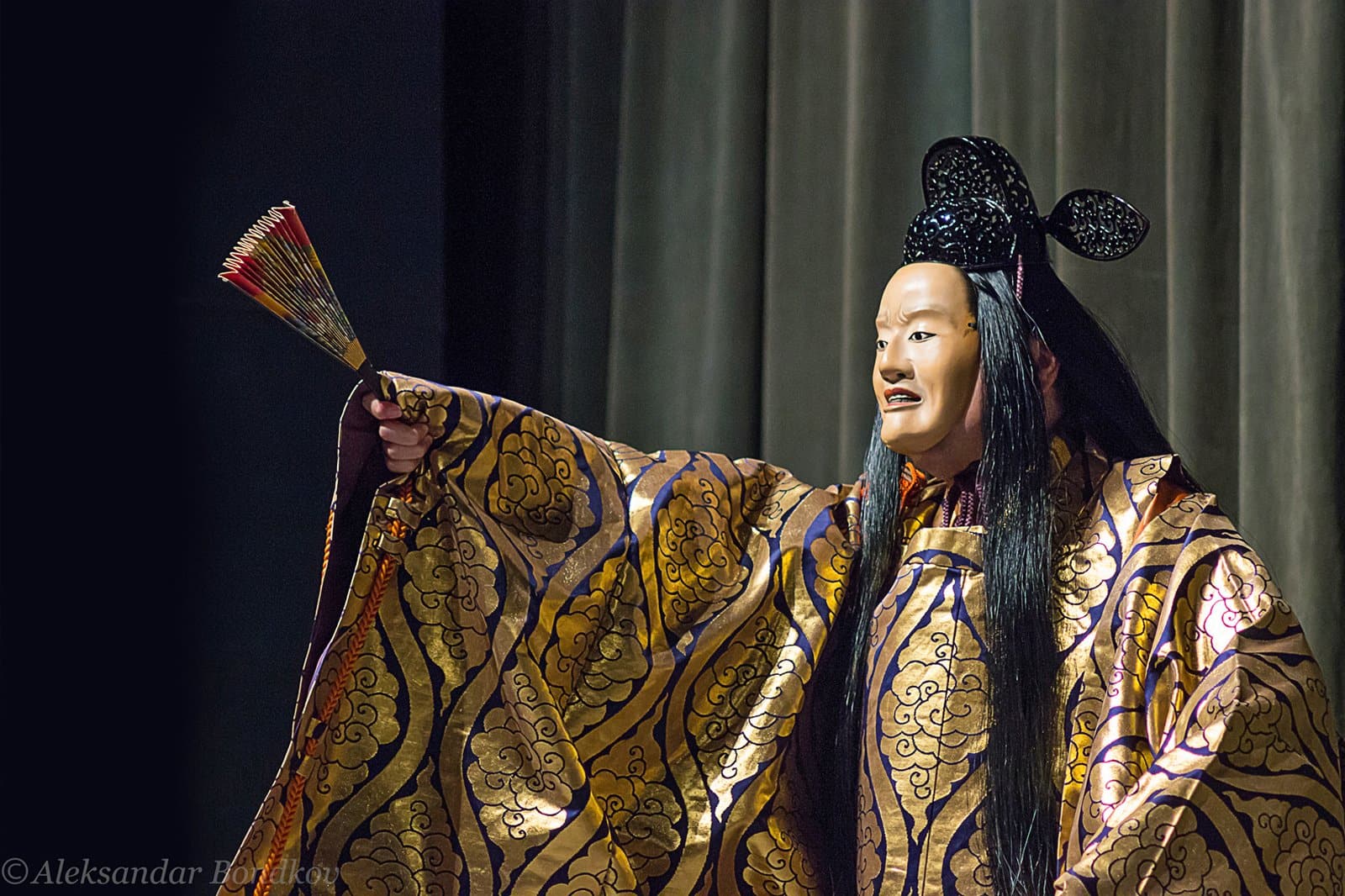 You can witness the richness of Japanese traditions through artistic performances like Noh and Kabuki live theatre.

Noh dates back more than 700 years and is probably the only ancient performing art that is still performed in its original style. You can see this masked drama at Ohtsuki Noh Theatre, close to Osaka Castle.

Kabuki has colourful costumes, interesting dances, music and stories that deal with many subjects, including wars, loyalty and love affairs. The shows cover a variety of characters, from war lords or samurais, to common people like farmers and merchants. The best place to see Kabuki in Osaka is at Shochikuza Kabuki Theatre. It’s easy to find close to Namba station.
6 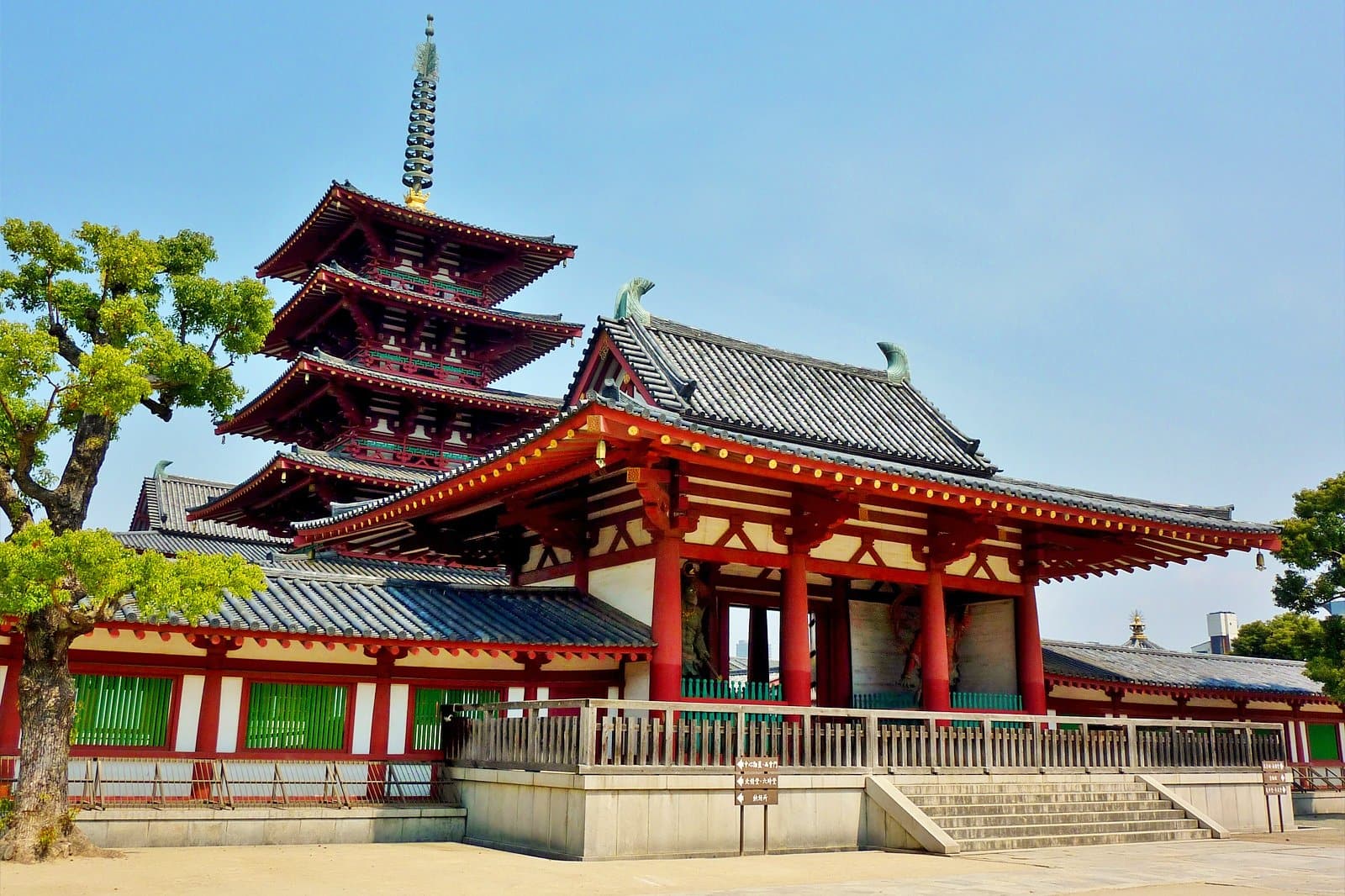 The oldest officially established temple in Japan, Shitennoji Temple is regarded as the spiritual heart of Osaka. It was constructed in 593 by Prince Shotoku, who is credited with introducing Buddhism to Japan. Throughout the ages its wooden buildings have been ravaged by war and by fire, and every time they were destroyed locals would faithfully reconstruct them according to the original plans.

Major draws are the Main Gate, the five-story Buddhist Pagoda, and the Main Golden Hall. Locals go to Shitennoji in great numbers to pay respect to Prince Shotoku, who remains a revered, popular figure even today. There's also a turtle sanctuary. But the best thing to do here is to stroll through the temple's Japanese landscape garden, with its manicured bushes, meandering streams, and waterfall.